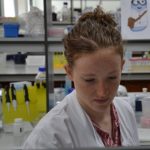 Today we are speaking to Eva Steele, who is studying for a PhD at Edinburgh University; processes to valorise lignin. The PhD is co-sponsored by Scottish Foresty with Bio-Sep as the industrial partner and provider of the lignin.

Eva, why don’t you start by telling us what is lignin?

Lignin is a large complex polymer found in plants where it makes up roughly a third of the plant cell wall. It evolved in plants when plants emerged from the sea and moved on to land. They didn’t have convenience of water to float them and therefore could only be very small because they didn’t have the rigidity to stand upright. Imagine seaweed with its soft flexible structure which could only grow horizontally across the land and not up into the air. So, lignin evolved and provided plants with rigidity to enable them to defy gravity and stand up right. It provided further benefits including protection from the suns UVB rays, and it also evolved a random structure providing the plants with protection from airborne pathogens. The inherent randomness in lignin protects them from pathogens because pathogens can never figure out how to break down lignin because it’s varies so much from plant to plant and even from organ to organ within the plant.

What do you mean by the inherent randomness of lignin?

Lignin, broadly speaking is made up of three different monomers, which are small organic molecules which can connect into polymers. Different plant species use different amounts of each of the monomers, those monomers are also linked together in random ways. This is due to radical coupling, which is a very inherently random process, which means every lignin polymer forms in a very random way!

So each plant has lignin’s so different to each other so that pathogens like bacteria don’t know how to get through them?

Yes, fungi and bacteria can never evolve a way to break lignin down because it’s never the same. The pathogen is never able to experience the same thing, again and again and again, between plant organs and also between different plants. So, from the plants perspective it’s very, very useful stuff.

But doesn’t the randomness mean that there’s a challenge involved in looking at lignin from your research perspective?

It is a massive challenge, but one that is of huge interest. Lignin makes up a third of the plant cell wall and is thought to be the second most abundant polymer on the planet. It also has very specific chemical properties that are useful to us. Its structure is aromatic which is a specific chemical grouping which provides very useful properties, such as in platform drugs for pharmaceuticals and cosmetics and things like that.

But, the randomness means that when you try to fractionate it, it doesn’t break down into a consistent product. You end up with a big soup of random, yet very similar molecules, which is good for use in certain material applications such as resins and composites. But challenging if we want to separate out specific, speciality chemicals which you would want to target for certain, high value applications such as flavouring and fragrances and pharmaceuticals, these would include vanillin; natures source of vanilla that is found in lignin. 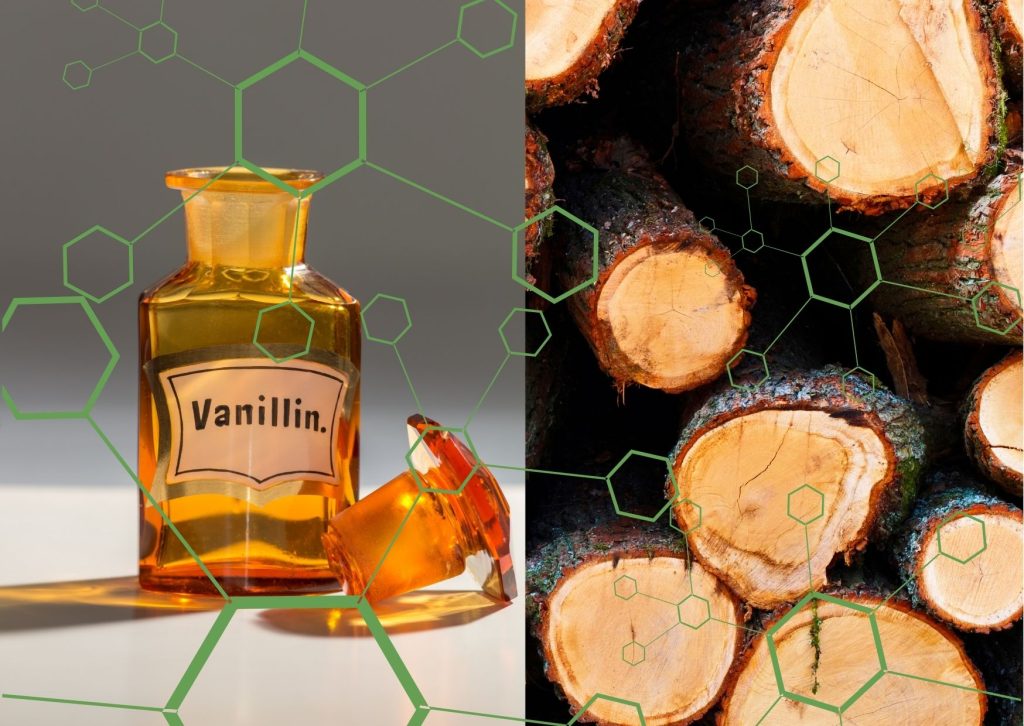 So tell me what is the feedstock for this for this lignin?

We are currently using sawdust from Sitka spruce, which is a very abundant forestry crop in Scotland. The sawdust is provided for us from a James Jones & Sons sawmill.

Scottish Forestry are interested in valorising lignin because it makes up a third of the wood biomass material by weight roughly. If we can find a way to fractionate it and get a much more valuable use out of it, it will be economically great for Scotland and the forestry industry.

And what do you see is the future of lignin in the world?

Lignin will help replace conventional oil sources, the long term goal is for bio-refineries to eventually replace conventional oil refineries as the source for fuels and platform chemicals. So ultimately, lignin will become the staple aromatic replacement in bio-refineries, and where we ultimately draw our platform biochemicals from. It’s pretty big, as it will reduce reliance on petrochemicals and help reduce carbon emissions.

Pretty exciting to be part of this and tell me so you’re on your industrial placement, what’s your what’s your day look like? What do you enjoy?

My day is filled with lab work, which I really enjoy. Actually, I love just being in the lab, wandering around doing various tasks. I am doing a lot of stuff not just with lignin, but with cellulose as well. I’m helping with the fractionation process; separating cellulose from lignin, analysing the products, and producing samples of the products for people or companies who are interested downstream users.

Very exciting, and what are your next steps once you finish this industrial placement?

Well, when I finished all go back to Edinburgh University and carry on with my own analysis of Bio-Sep lignin which will involve some chemical analytical techniques like NMR, mass spectrometry, GPC. Then we will look at ways to further fractionate the lignin and extract specific, speciality compounds from it and essentially add further value which is the topic of my posting.

Wow, sounds fascinating, thank you, Eva. We look forward to seeing the results of your PhD.